A MASSIVE barramundi met a grisly fate in front of shocked customers at a Cairns beachside bar after it was attacked by a shark. 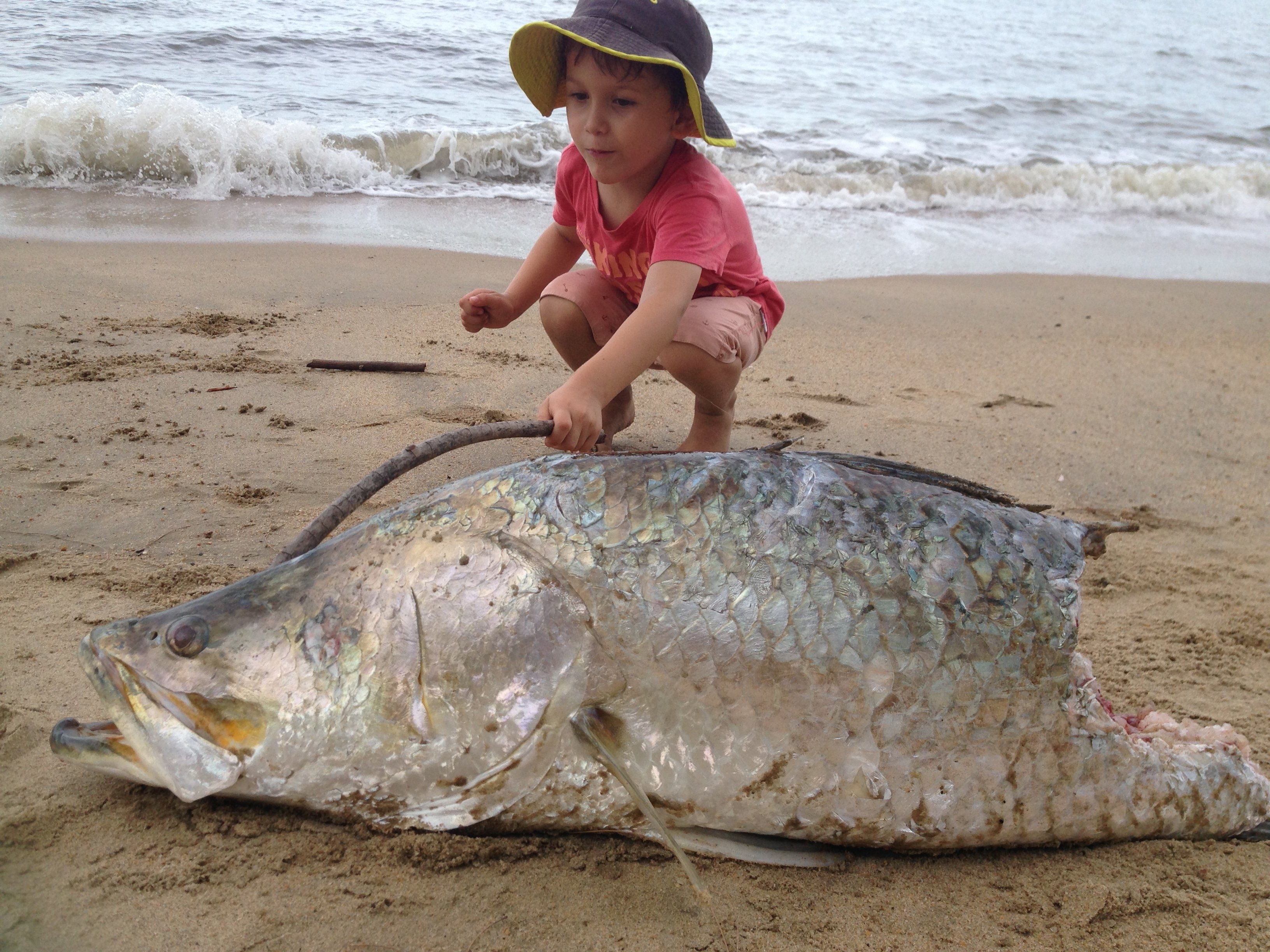 About half a dozen people enjoying end-of-week drinks at Strait on the Beach at Holloways Beach late Friday afternoon spotted the 1.2m long barra leaping out of the water several times, about 100m offshore.

Paul Aubin, who was at the bar, said he and other customers initially thought the large fish was a marlin.

“It was a big fish, and it was jumping out, jumping out — it’s not something you see every day,’’ he said.

“All of a sudden there was this big splash and it was floating, and it looked like it had been bitten by a shark.

“It was just floating in the water, and the wind was blowing back towards the beach,” Mr Aubin said.

“Someone else went out in a canoe and got it and it was still alive – the poor thing – and it had been bitten clear in half.”

Mr Aubin, who is the co-ordinator of lobby group Cairns Recreational Fishing Industry Stakeholders (CAREFISH), believed a 7ft (2.1m) long shark may have attacked the barra, judging by the diameter of the bite mark.

Strait on the Beach proprietor Ken Wall said he had never seen anything like it in his more than 20 years owning the beachside business.

“I’ve never seen a fish jump out of the water like this one did,’’ he said.

“He was a little way away, but by the time everyone got a look, he must have jumped four times out of the water, tail and everything, did a spin and went back in.”

Mr Wall said he was not concerned about sharks being close to the shore.

“We’ve never had a shark attack on these beaches that I know about,” he said.

“I just think it’s a hard old world out there in the animal world.”

Among these was a 3.9m long tiger shark, baited on a drumline off the beach on April 17.

The drumline off Holloways is currently out of the water, however a Fisheries spokeswoman said this was a traditional move to coincide with the cyclone and stinger season.

“There are significantly reduced numbers of tourists and swimmers at the beaches during this time,’’ she said.

“All the drumlines will be returned on March 13.”

Best Method to Get Your Vehicle Out of a Bog

Inventor’s On A Roll

BOG OUT Got Me Out – Customer Story