Made from exceptionally strong materials, BOG OUT turns your wheels into winches.  It works forwards or reverse, and is suited to sand, mud and snow.  Designed, tested and made in Tropical North Queensland, BOG OUT is a new and unique system.

BOG OUT is safe to use, compact & reliable and comes in a handy back sack which can even fit in your glove box. BOG OUT is made in Australia and has been designed & tested in rugged North Queensland for over 10 years.

BOG OUT can be used with most vehicles; cars, 4wds, even tractors and we can custom make to individual specifications as required for ATV’s, heavy machinery, military and even motor bikes. See our BOG OUT Capability Statement 2016

View the BOG OUT in Action 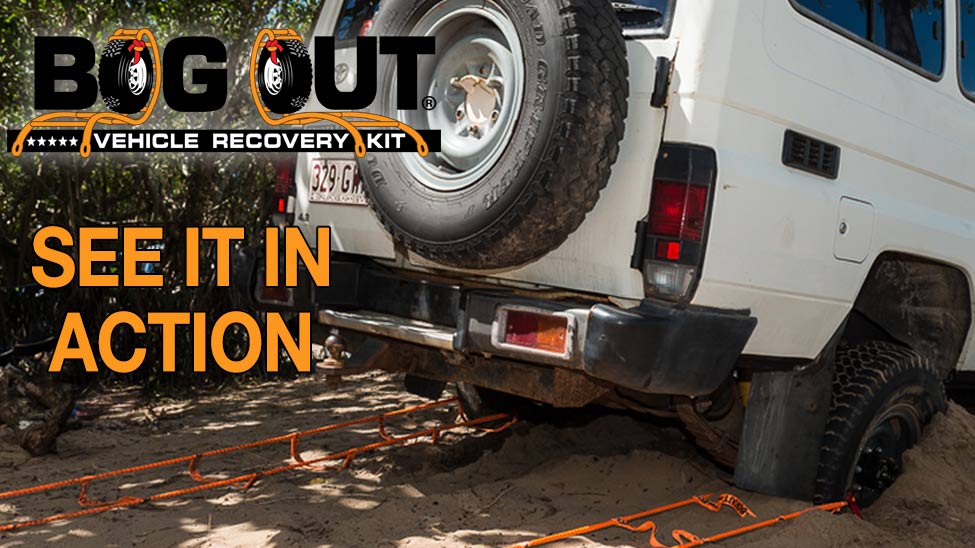 The device is 4.5m long (can be used as a tow rope) and approximately 4 tonnes strong.  The width of the standard BOG OUT rung (think of it as a ladder) is 370mm and the rungs have 280mm between them.

<– refer to full Instruction Manual before use.

Tie On BOG OUT 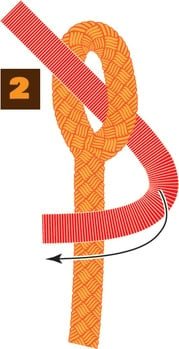 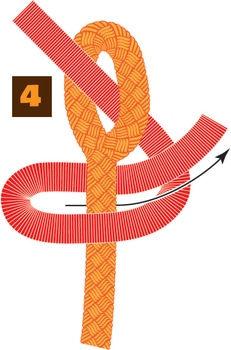 BOG OUT enables self rescue. It does not rely on another vehicle and can be used by one person in almost any situation making it without a doubt the most versatile, economical and reliable vehicle recovery device yet available anywhere in the world. Safety tips are included with your user manual.

How to Set Up

It’s best to align the wheel and anchor as straight as you can get it so the tyre can drive straight up it. Don’t forget that if you use them on your front wheels you can steer into them, so the anchor point can be off to either side.

It also depends on how far you have to move the vehicle before it gets normal traction again. The vast majority of bogs require less than a metre. If the anchor doesn’t line up, it doesn’t really matter as long as you don’t allow the BOG OUT to cross the tread face and get around the diff etc.

The BOG OUT is designed as a harness for your tyre, and the tyre fits into it, so it doesn’t just ‘pop off’ the tyre. Just take it slow and check it. If it starts to get over the tread face then you can just yank it back into the correct position, or even tie a guy rope to pull it straighter.

We’ve found that the anchor point needs to be a lot less strong than you’d expect and we use saplings down to about an inch or so, even for steep inclines. This is because the BOG OUT pulls from the very lowest possible point of the vehicle ie the bottom of the tyre and lies in the bog (which also takes some load) and pulls along the ground and connects at the base of the anchor.

Pulling a small sapling through the ground, as BOG OUT does, offers a much stronger anchor than if you try to pull it up like from a mounted or hand winch, or block and tackle which is more likely to just bend the sapling over and strip off the bark etc.

We’ve done a lot of testing with load cells and computers to determine just how much load an anchor needs to hold for various recoveries, and we’ve found the BOG OUT system requires a lot less than other methods.

One or Two BOG OUTs?

Lightly bogged vehicles can usually get away with one BOG OUT but if you’re heavily bogged, you need two. It depends on how far you want to challenge your vehicle. We go into this somewhat in the user guide.

Remember one BOG OUT has a breaking strength of over 3.5 tonnes, so two BOG OUT’s give a haul capacity of a massive 7 tonnes! Some still think that’s not enough, so they can double them up if they want and get 14 tonnes, or triple them and so on!!

But in reality, your clutch can only deliver around 2 tonnes, way less than the capability of a single BOG OUT